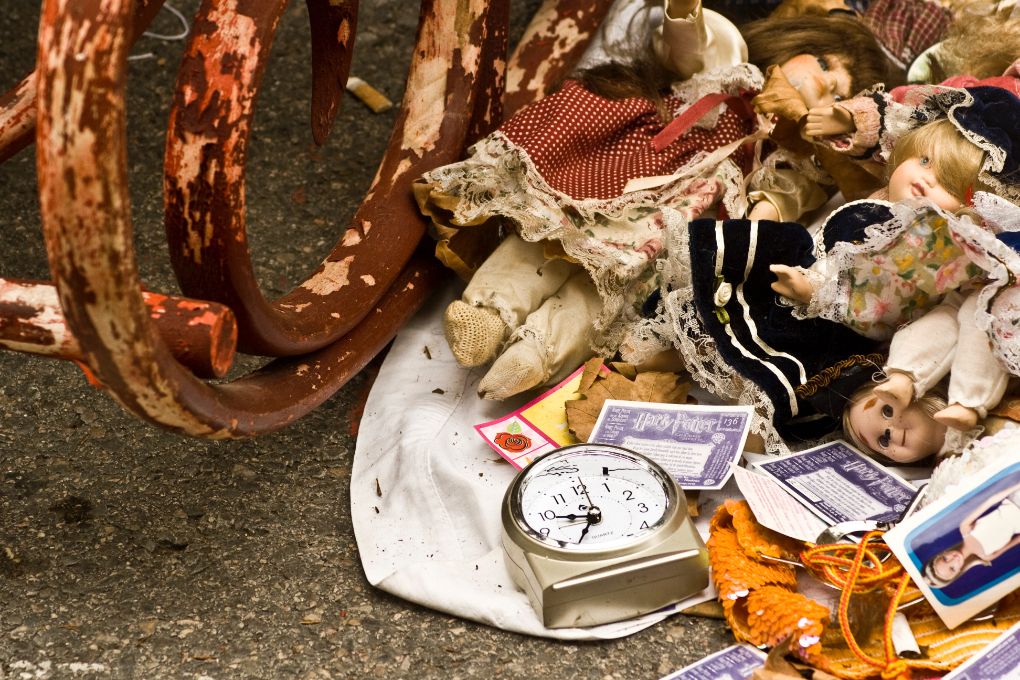 There are books and more books about organizing and tidying. There are people you can hire to come to your house and help you organize, sort, tidy, etc. Clearly, I’m not the only one in America with too much stuff! But, I’ve tried all those methods of sorting and organizing, well maybe not ALL of them, but a lot of them, and it hasn’t really worked out for me. I secretly believe that those books about organizing are for people who already lean that direction anyway.

I’ve determined that the real issue is not that I’m so disorganized, it’s that I have too much junk. How did this happen? I mean, I’m not a hoarder, though I do sometimes look at something I haven’t used in 10 years and think, “Well, I might need it someday.” I’m fairly certain there’s a pair of bright pink polyester pants (that are two sizes too big) on the top shelf of my closet that I’ve saved for at least 15 years in case I ever need them for painting. But here’s the thing, I haven’t picked up a paintbrush for at least 10 years so why do I continue to keep those pants? Plus, painting with one hand while I use the other to hold my pants on is probably not going to work.

Obviously, I need a solution—one that will work long term.  If I’m going to be totally honest here, I no longer have the energy level of a 30-year-old, thus spending many hours a day organizing just isn’t going to happen. So, I’ve determined that I’m simply going to get rid of one thing every single day. Sometimes I end up ditching more than one item because junk tends to live together in little groups, but I shoot for at least one thing a day. At the end of the year, I will have 365 less items in my house. It might not be noticeable, but then again, maybe it’ll help. It can’t hurt.

This past week when I was going through some sewing stuff to get rid of, I came upon a box of—wait for it—RECIPES! Seriously! An entire 9″ by 13” plastic container with recipes: some cut out of newspapers and magazines, and others that I’ve been given by friends dating back to when I first got married. Why were these in my sewing room, you ask? Because a couple years ago, when I was rearranging the kitchen cupboard, I grabbed the box and stuck it under the sewing table until I had time to deal with it. Are you starting to see the problem?

THERE’S AN ENTERTAINMENT VALUE IN JUNK

Finding this box slowed down my daily ditch considerably because I had to stop and look through the box, should there happen to be any recipes in it I still need. Well, obviously I don’t need them if I’ve gotten along for two years without them! But still, there’s some entertainment value in a box of old recipes. For instance, I found three cookie recipes written on the back of computer cards. I don’t even remember what they used these cards for, but I’m 99% certain it had something to do with computers.

There are some recipes that you know who they’re from the minute you look at them. My friend, Angie used to collect cows so the minute I saw this recipe I thought of Angie.

There were also recipes from people I can’t remember, like the Honey Graham Special from Miriam. I can’t recall ever knowing anyone named Miriam, but the recipe looked interesting.

And then there is my puppy chow recipe that had gone rogue. It’s not the kind of puppy chow you feed to your dog but the yummy, fattening kind made with Crispix. It has been missing for, well, obviously at least two years! I was excited to find it, but as you can see the measurements for some of the ingredients are missing from this very well used, spilled on card. I’m fairly certain it’s 1 cup of each of the top three ingredients should you want to try it.

The Moral of the Story

If you’re at all like me, and you decide to start purging, you may very well run across some funny finds of your own. My advice: enjoy the laugh and then GET RID OF THAT JUNK!