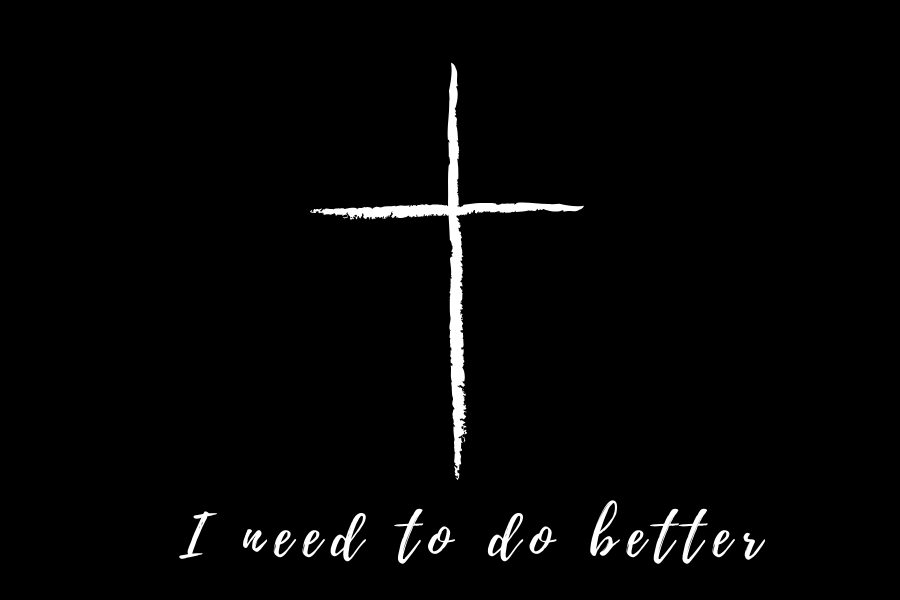 I’ve been thinking for a couple of weeks about what to write here. To be honest, I’m speechless over what happened to George Floyd. But even before George Floyd, and all of the other black lives that have been wrongly taken, we had a big problem in America with racism. We’ve had a racism issue for far too long. And, as many have said, we need to do better. I need to do better, that’s why I’m saying anything at all. Here’s the thing though, I don’t want to say the wrong thing, adding fuel to the already blazing fire. I want my words to express love, offer hope, and encourage unity.

Clearly, I need to learn more.

The other day, I listened to a black woman recount a story about an incident she experienced in 2016. She’s a mildly famous person and by that, I mean she’s been on several podcasts, and even Dr. Oz, but I don’t know who she is. (I just randomly came across her story on You Tube. I really wish I could tell you her name.) When she was in New York to be a guest on Dr. Oz she was put up in a very nice hotel. On her first morning there, while she was taking the elevator down to the first floor, it stopped, and a young white couple entered the car. She said hello, they responded and went on to have a conversation until the elevator stopped at another floor and a white 40-something man got on. She greeted him and he returned the greeting. At the next stop, an older white couple got on but when she greeted them neither acknowledged her greeting. But, as she said, that happens sometimes. When the elevator stopped at the ground floor the older gentleman said, “ladies first.” His wife got off, the young woman got off and then she went to exit the elevator. The older gentleman put his umbrella up in front of her and exclaimed, “I said ladies first!” He then proceeded to allow the other two men off, he exited, and then she got off. But no one commented on the man’s actions! And, I have to admit, I might not have said anything either—because people like that old man scare me, and I don’t like confrontations. So maybe that’s what happened with the two younger gentlemen. Truthfully, it would never have occurred to me that this kind of behavior still happens in the 21st century! But now that I know, I have a decision to make.

That kind of behavior has to stop. Sometimes it’s important to make those decisions BEFORE you’re in the uncomfortable situation so when it happens, you’re ready with your response. You don’t have to get in a fight with the racist man, you can simply say, “That’s an unacceptable way to treat another human being, and then offer sympathy to the person he’s offended. Will it be uncomfortable? Probably. Could it put you in harm’s way? Perhaps. But it’s time we stop looking away from racist’s actions.

Why did I share this “unknown to me” woman’s story? Because, like I said, I can’t believe this is still happening in the 21st century. I really can’t believe it ever happened! How can anyone possibly think it’s o.k. to treat someone who isn’t the same as them as though they don’t matter? Until we can understand what is happening EVERY DAY to people of color, we can’t address it.

I listened to Beth Moore last week talk with a member of her team, Natalie Mott, about how important it is to educate ourselves in regard to racial issues in America. Natalie mentioned something that I thought was interesting. She said while educating yourself, go slow. As a black woman she has been living with the racism for years, but if, as a white person, we try to assimilate everything the black community has dealt with for the entirety of their lives, in a few short weeks, we will be overwhelmed. And though we might need to be overwhelmed, we might be better informed if we take things slow.

Beth and Natalie offered a couple of books they thought would be a good place to start and I’m passing their ideas along to you. I’ve not yet read either one, but I intend to. The first recommendation is Be the Bridge by Latasha Morrison and the other is The Color of Compromise by Jemar Tisby and Lecrae Moore.

It’s time to start educating ourselves so we can be part of the change. Read the books, have the uncomfortable conversations, watch the movies, and listen to the podcasts. “Take it slow” does not mean put it off. Take a step, because it’s time we do better. It’s time I do better.