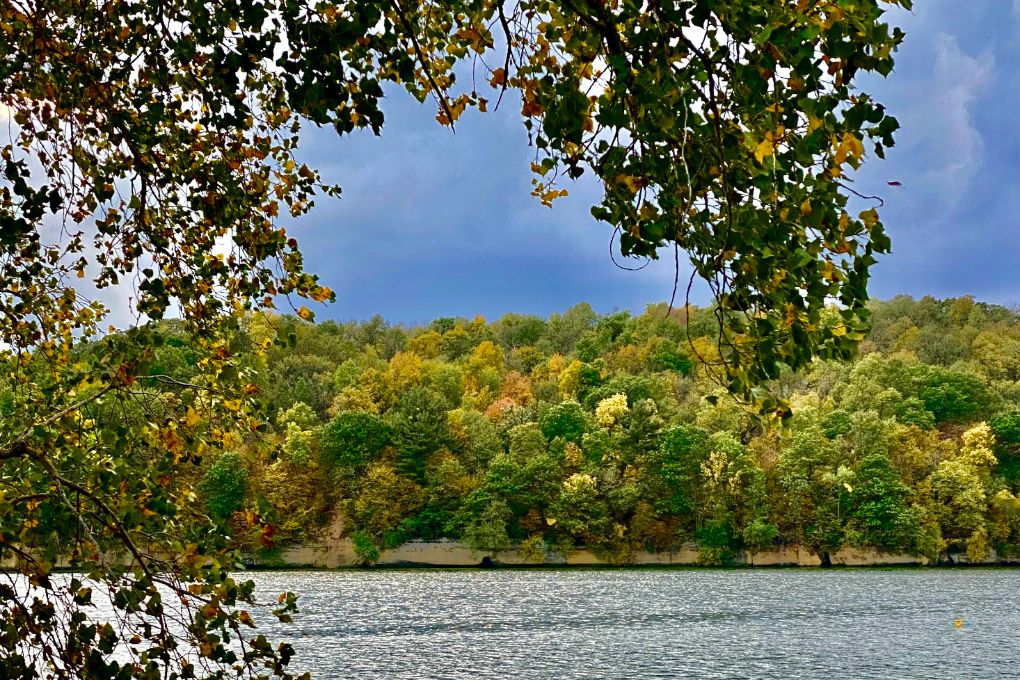 As I have done for the past several years, I’ve chosen a picture from each month to sum up my year. It had been a long time since I last posted a blog. I have no excuse. Well, I do for part of the time, but I don’t think you logged on today looking for excuses. So, without further ado, here is a wrap-up of my year.

My big adventure for January was cataract surgery. No big deal, really as everything went well. It happened during the time frame when no one was allowed to accompany patients into the hospital. I’m glad it was just cataract surgery because I can’t imagine walking into the hospital all alone for major surgery. I prayed that God would give me peace as I entered the hospital and, as always, He provided peace in great quantity. What does any of that have to do with my January picture? Nothing, except I took it on my way home from an eye appointment one day.

This next picture was also taken on my way home from the ophthalmologist, it was just taken a couple of weeks later (in February) after a follow-up appointment. I absolutely love the look of a red barn contrasting with the snow.

The contrast I love even more than red and white is from cold to warm. March seemed like the perfect time to put our flight benefits to use. Our oldest son is a pilot for United Airlines and, as his parents, we can fly for free as long as we’re willing to fly standby and sit anywhere on the plane they put us, be it first class (rarely) or in the middle of the last row of the plane. Usually, we end up somewhere in between. Our trip to Phoenix in March had us on two different flights, but we did both arrive on the same day, so there’s that. The Desert Botanical Gardens provide a much different landscape than we’re used to but is still just as beautiful.

A rainy day in April found us at the Como Zoo Conservatory in St. Paul, MN. After months of cold and snow, I’m ready to see some spring bulbs in bloom, and the conservatory never fails. The hard part was choosing one of the three dozen pictures I took that day.

In April, when I asked our pilot son Paul what he wanted for his birthday, he told me he wanted us to fly with him on his trip to Hawaii in May. In his twenty years as a commercial pilot, we’ve never had the opportunity to fly with him. It was a fun experience that did result in some famous Holte tears (if you know, you know) as, during our descent into Kauai, Paul announced that we were flying with him for the first time. Kauai is beautiful, and we enjoyed our Airbnb that sat right on the edge of a small bay in Kaloa. At the right time of day, we could watch sea turtles playing in the waves. And on one night, a beautiful moon.

While most of the pictures I’ve chosen for this year-in-review are just scenic, my June picture is included as a sign of the times. John had one of his check-ups at the Mayo Clinic in June. Everyone entering the building has to pass a COVID screening to go beyond the entry. (It always makes me wonder if there are people who will show up with COVID symptoms and/or don’t know what the symptoms are at this point.) Those who are approved for entrance were, at that time, given a “day of the week” sticker to indicate they’d been screened. Visitors were obviously so anxious to be rid of their stickers that it became a thing to post them on the stoplight post. It made me laugh, although I hope those stickers eventually disappear.

In July, I was able to take a solo trip to Pacific Grove, CA. This is where my parents used to live and is pretty much my favorite place to visit. One of the days I was there, I drove east from the coast a few miles to see the lavender in bloom. Isn’t it gorgeous?

I decided this summer that instead of letting the days pass me by, I would make the most of the longer, warmer days that Minnesota has to offer. Granted, it requires some mosquito defense preparedness, but sitting by the lake reading a book or watching the sunset became almost a daily activity (especially in August when I felt the summer slipping away.

For the past couple of years, traveling to other countries has become a little more challenging and a lot less fun. But, there are so many sights to be seen right here in our own country that one would be hard-pressed to see them all in a lifetime. We decided that a trip to the Great Smoky Mountains National Park would be a fun adventure for October. And I’m not sure why but John thought it would make for a fun road trip. As it turns out, we are not “road trip people,” but honestly, we would have missed some beautiful sights had we flown. We weren’t in Tennessee at the peak of the fall colors, but it was still beautiful.

Towards the end of our trip, I took a bad fall, which resulted in a severe injury to my neck. Some of the damage to my spinal cord had already taken place due to “normal age-related degeneration,” which is what everyone waits to hear when they go to the doctor. NOT! Anyway, the year took kind of a downward spiral at that point while I awaited neurology visits and news on repairs. But, with some help from fellow travelers, I was able to meet my long-time friend Janet in Houston for a girl’s getaway. Our original plan included some sightseeing in the area, but instead, we just spent some time hanging out together in The Woodlands area outside of downtown Houston. It was a relaxing trip where we concentrated on fun, not pictures. I took this one our last night there on our way to dinner.

I ended up having surgery 12 days before Christmas, but we were still able to have our kids and grandkids here for a couple of days this past week. It is next to impossible to get a good picture of five children at one time, but this remains my favorite scene of the year.

And so ends another year. Some highs, some lows, but through it all, God is faithful. As we step into 2022, I pray you will see God’s love and faithfulness in your own life and take time to appreciate the beauty of every day, be it outside your door or on the other side of the world.