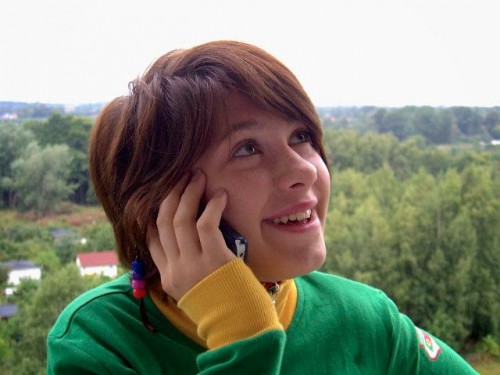 A few weeks ago my husband and I went to see Saving Mr. Banks, the story of Disney’s making of the movie, Mary Poppins. I highly recommend it, though not for young children. Of course, every movie going experience comes with previews and generally, as we watch them, we’ll look at each other and say, “Pass” or “Looks Interesting.” Quietly, of course, so as not to bother the other popcorn eaters, I mean viewers. So, after watching the preview for the new Spike Jonze movie, Her, I looked at John and whispered, “Pass.”

The premise of Her is that a man falls in love with his phone’s artificial intelligence “woman.” And, people doing what people do, have found great fun in talking to iPhone’s Siri to see how she feels about Her. Apparently, Siri is not a fan of being compared to Her. After being asked, “Siri are you her?” she’s been known to respond with “No. In my opinion, she gives artificial intelligence a bad name.”  And once she even replied, “No. You know it’s just a movie, right?” Siri can be a little sassy.

I admit, when I first got my iPhone I was a little enamored with the voice inside the phone that seemed ready and willing to help with any issue that came my way. But Siri’s got her issues. First off, she seems to take frequent coffee breaks. When I say, “Call home” she’ll think and think and think before she finally says, “I’m really sorry about this. I can’t take any requests at this time. Please try again later.” I’ve never tried talking back but it makes me want to say, “What are you so busy doing? Getting a manicure? Out on a date?”

I think the term “artificial intelligence” is apt, with the emphasis on “artificial.” Personally though, I believe the word intelligence implies that you’re capable of learning new things. But Siri, she can’t even learn how to pronounce my last name: Holte like Nolte, as in Nick Nolte. No one says his name wrong but Siri seems unable to add the “y” sound to the end of ours. So, when I say, “Call John Holte” she responds with, “Calling John Holt” as though I’m too stupid to know how to pronounce my own last name.

Sometimes Siri can be pretty entertaining. Just for fun I might ask her a question like “How many licks does it take to get to the middle of a Tootsie Roll Pop?” and she’ll find me the answer. (It’s 3481 if you are curious,) But once when I asked her “How much wood would a woodchuck chuck if a woodchuck could chuck wood?” she said, “Seriously, Nancy, don’t you have anything better to do with your time?” Like I said, Siri can be a little sassy.

Even if Apple switched out Siri’s voice to sound like a man I can say with complete confidence it wouldn’t be love at “first sound.” Because that’s just creepy.