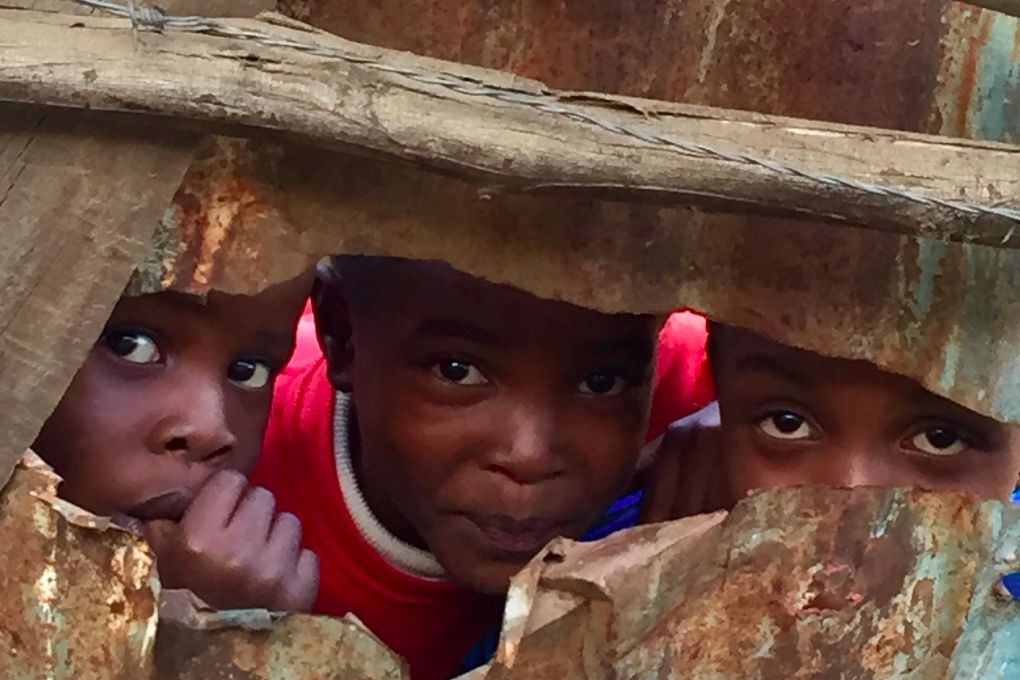 Whenever we work with kids on a mission trip there are a few I just can’t get out of my head. That has proven to be the case once again since returning from Kenya a few weeks ago.

Most of our time in Kenya was spent helping with kids’ crusades and visiting orphanages. The crusades were incredible. As soon as we’d arrive at a church kids would start peeking in the windows excitedly waiting for the program to start. And in a matter of minutes lines full of enthusiastic kids would start forming outside the building. 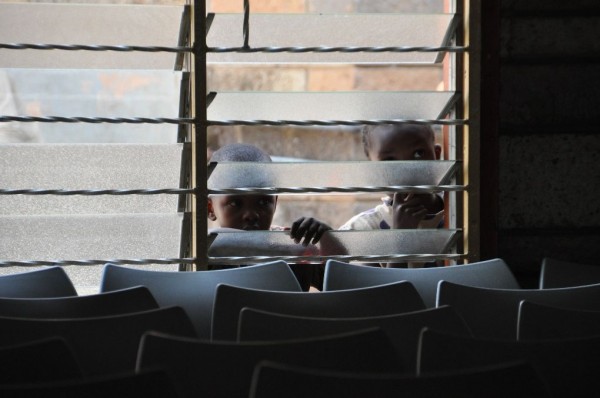 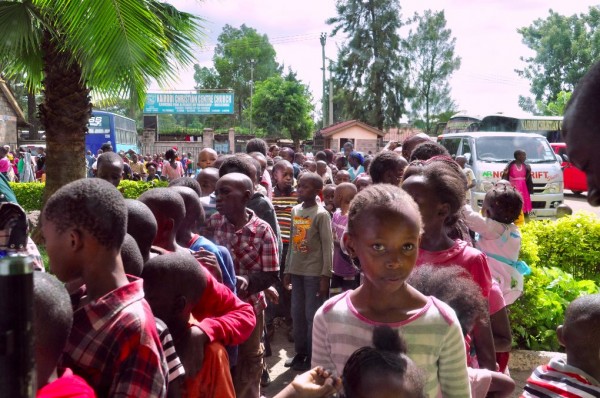 First, let me define “kids’ crusade.” The crusades consisted of a 1.5-2 hour program two days in a row. They were held in neighborhood churches and each event had anywhere from 1000-1500 kids! Our team was put to work blowing up beach balls and balloons, handing out prizes, acting out the story being told (John and I didn’t exactly excel at this), demonstrating the actions to songs, and anything else we were asked to do. Jay, the missionary we were working with, did an amazing job providing the bulk of the program: illusions, songs, Bible stories, etc. Albeit loud, they were fun afternoons. 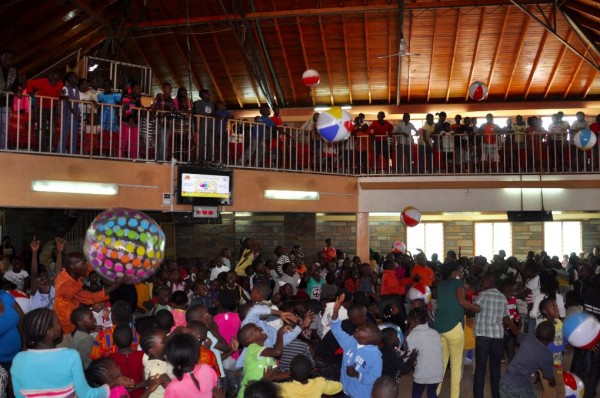 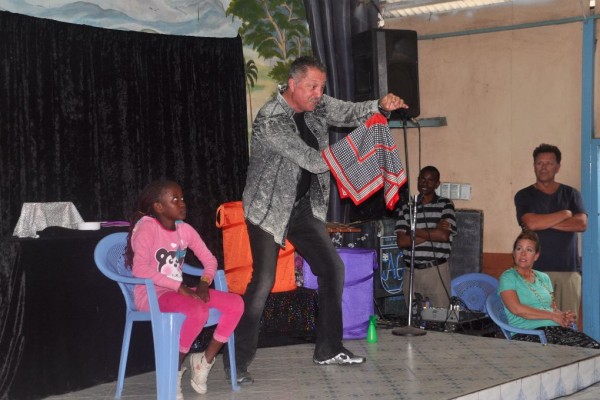 The church where the second crusade was held was in a very impoverished area. In the United States that neighborhood would be labeled a slum. There was one little girl at this crusade I couldn’t help but love. First off, she was adorable, but besides that she just seemed so genuinely enthralled with hearing the story of Jesus. When given the opportunity to invite Jesus into her heart her hand shot right up and as she prayed along with the others her earnestness was palpable. The picture I took of her didn’t turn out very well, but still, she will remain a sweet memory. 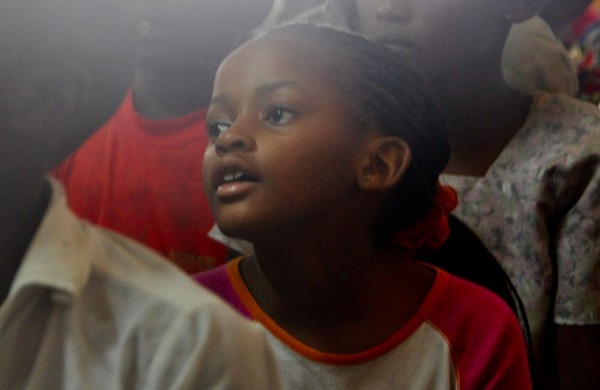 There were some other kids who stole my heart, also. They were at an orphanage/school in Nairobi. The kids we interacted with weren’t actually the kids who lived in the orphanage. Although we did get to meet them, they left for a field trip right after our arrival. The kids we talked to were some of the students at the school and we had so much fun hanging out with them. They were fascinated with our white skin.

Two little girls in particular spent their time with me. They were simply enthralled with the freckles and age spots on my arms. (I really hate the term age spots but I suppose I should call a spade a spade.) One of them thought it was super fun to push on my skin, making it appear even whiter than usual and then watch it come back to it’s normal color. She literally did that for about two minutes straight. It was hysterical. 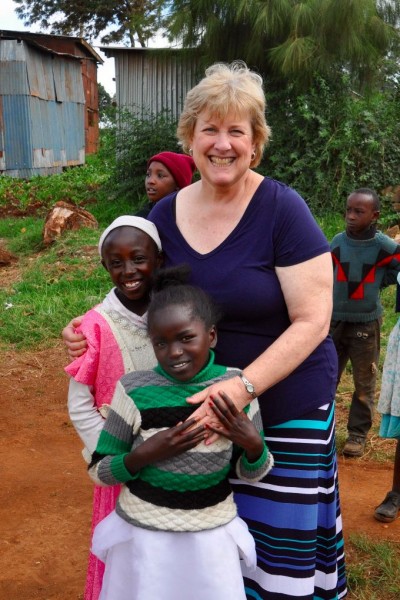 The girls were also quite intrigued with my hair. At one point there were several little hands in my hair, and a few adult hands egging the little ones on. 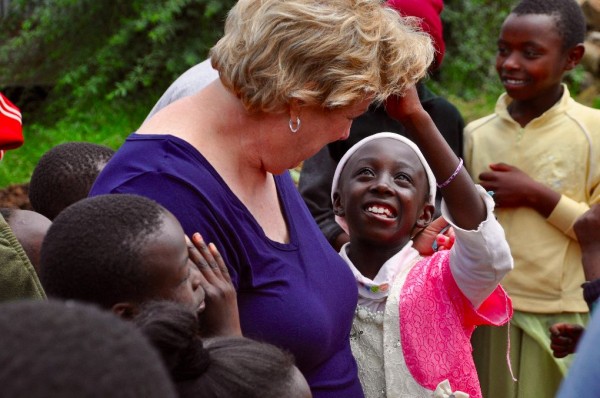 I don’t know why it is there are certain kids I remember long after a mission trip is over. I suppose those are the ones God puts on my heart so I can pray for them through the years. Sometimes I picture myself seeing them again in heaven as we all stand before the throne of grace. How cool will that be?

The top image on this blog is courtesy of Susan Anderson, one of my teammates.