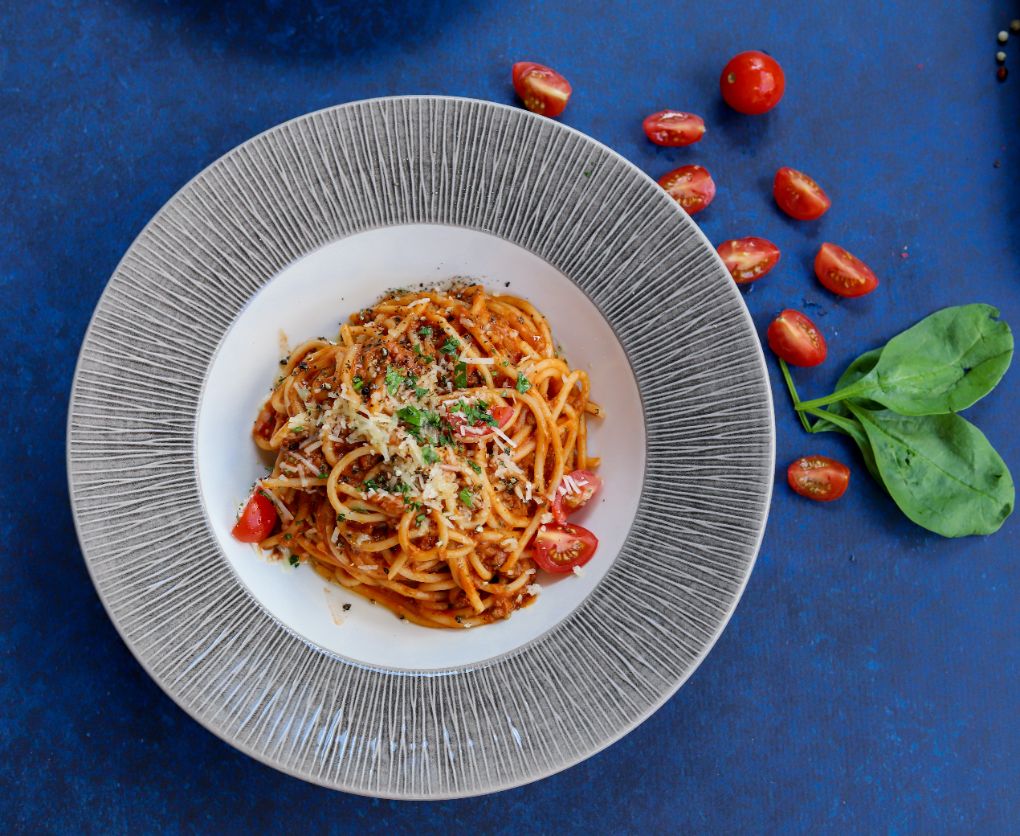 Tonight, while I was making dinner, my recipe called for ½ teaspoon of oregano. Every time a recipe calls for oregano, I cringe a little. I know it’s odd, but let me explain.

About a month after John and I got married, I started my junior year of college in San Diego, where we lived. I didn’t know anyone else at the university because I’d transferred from a school in Oregon. But, if you know me, you’ll know this wasn’t much of a problem because I’m chatty, and it’s nearly impossible for me not to talk to someone if they’re close by me. So, I made a few friends in my classes, and a few of us regularly ate lunch together.

There was one guy in our lunch group who was of Italian descent. One day he regaled everyone at the table with the story of his grandmother’s incredible spaghetti sauce. He made it sound so amazing that I begged him to get me the recipe. I mean, I was newly married and needed all the cooking help I could find.

A few days later, my friend brought me a hand-written recipe titled “Grandma Marucci’s Italian Sauce.” I followed the recipe precisely and was so excited to impress John with my authentic Italian spaghetti sauce that was sure to be amazing! I wasn’t a great cook, but I could follow a recipe without too much trouble. I did somewhat question the amount of oregano the recipe called for—one tablespoon! But since my cooking experience was limited, I figured who was I to question Grandma Marruci?

The next time I saw my friend, he asked how my sauce turned out, and I told him I could barely eat it, which surprised him. I mentioned that perhaps the one tablespoon of oregano was a misprint, and he said I probably should have eased into the oregano, starting with a little bit less. I guess he thought it was an acquired taste.

Many more years passed before I realized my mistake might have been in using crushed oregano instead of dried oregano flakes. Or maybe I was supposed to use fresh oregano. But trust me, an entire tablespoon of crushed oregano is entirely too much for a single recipe of anything. At the time, I didn’t realize there were so many oregano options.

Suffice it to say that this disastrous sauce put me off oregano for years. If a recipe called for it, I just left it out. And, whereas I’d formally been a great fan of The Spaghetti Factory, I no longer had any desire to go there or anywhere else that served spaghetti. To this day, as I mentioned earlier, I still cringe when I see oregano on a recipe’s list of ingredients. These days I always use oregano flakes and still tend to use less than the recipe calls for.

There’s no real point to today’s blog unless you are new to cooking and need a lesson on oregano usage. But I find it funny how a seemingly minor incident can impact a person’s life for over 40 years. I think most of us have had a cooking disaster or two in our lifetime. What’s yours?