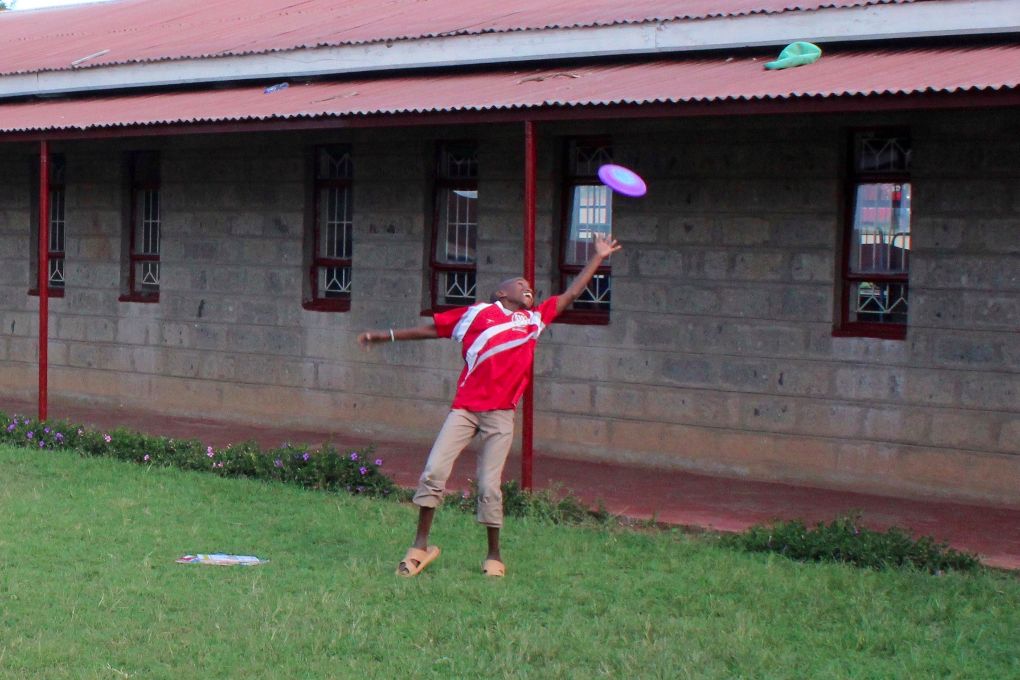 In last week’s blog I promised you a couple of stories from our trip to Kenya. While the safari was awesome and all the most important days of our trip were spent working with kids – some in neighborhoods, some in orphanages. As you might expect when visiting a third world country all was not cheery and sweet and needless to say we saw many things that would break your heart.

One afternoon we visited an orphanage outside the city of Nairobi. Compared to what we’d already seen, this orphanage wasn’t the worst. You could see that the caretakers and kids worked hard at keeping their surroundings as clean and tidy as possible. Nonetheless, it was at this orphanage that my heart was ripped open as we toured the dorm room where the boys slept.

The walls needed new paint, or at least a good scrubbing, the mattresses on the bunk beds were lumpy and sagging, and the mosquito nets, though neatly tied above each bed, looked as though they had seen better days. My eyes filled with tears as I stood there taking in the surroundings. I silently prayed, “Lord, why do these children have to live like this?” 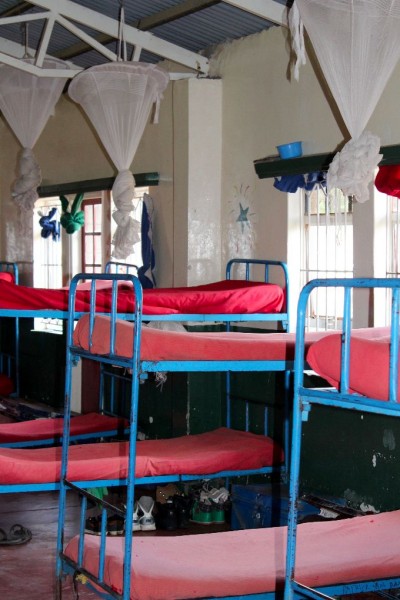 Shortly after I prayed that prayer I heard Jay, the missionary we were working with, ask the orphanage director what they needed. New mosquito nets? New mattresses? As the director nodded her head, Jay said, “They’ll be delivered within the month.” My heavy heart cheered a little as I heard him make this promise.

At our team meeting later that night, I shared my dismay over the conditions the kids were living in and told Jay how thrilled I was upon hearing his organization was going to help those sweet kids. Of course, Jay was happy to be able to offer help, too, but he’d been working with the orphanage for years and said, “Nancy, let me tell you a story.”

David was two years old, Jay shared with me, when he was abandoned at the garbage dump. He lived there on his own for 10 years. When he was twelve David was found and brought to live in the same orphanage I visited that day. There he had his head shaved to rid him of lice, he was given a warm bath, and a hot meal to fill his hungry stomach. And he was given a bed of his own.

Later that night David was put to bed, along with the other boys, in that dismal dorm room. After a little while, expecting all the boys to be asleep, the caretaker, Shirley, made her way through the room to check on them. She found David sound asleep on the hard cement floor next to his bed. Shirley wondered what was wrong. Why wasn’t David sleeping in his new bed?

Shirley proceeded to wake David up and asked him why he was sleeping on the floor. “Miss Shirley,” David explained, “I’m sleeping on the floor because I don’t want to soil the bed.” Miss Shirley gently said to him, “David, this is your very own bed now. Nobody else is going to sleep in it.” With her encouragement David climbed back into bed, and as Shirley was tucking him in he said, “Miss Shirley, when I lived in the dump I heard people talking about a place called heaven. They said it is more beautiful than anyone can possibly imagine.”

“Miss Shirley, is this heaven?”

The very same room where I had stood and prayed, asking God “why” looked like heaven to this sweet boy who had spent the greater part of his life fighting to stay alive – in a garbage dump. Oh, how that changed my perspective on the “not so inviting” dorm room.

If this story ended here it would be a great story, but it gets even better. David thrived in his new environment, he learned about the love of Jesus, and went on to attend university. He graduated from university and is now working with the court system in Nairobi helping boys who are living in conditions similar to the ones in which he grew up – passing the blessing along.

“For I was hungry, and you fed me. I was thirsty, and you gave me a drink. I was a stranger, and you invited me into your home. I was naked, and you gave me clothing. I was sick, and you cared for me. I was in prison, and you visited me.’ “Then these righteous ones will reply, ‘Lord, when did we ever see you hungry and feed you? Or thirsty and give you something to drink?  Or a stranger and show you hospitality? Or naked and give you clothing?  When did we ever see you sick or in prison and visit you?’  “And the King will say, ‘I tell you the truth, when you did it to one of the least of these my brothers and sisters, you were doing it to me!’” Matthew 25:35-40