It occurred to me that my last blog of the year 2013 should be something special. The question I posed to myself was, “what about these last twelve months would be worthy of a special, end-of-the-year blog?” And then I decided that I’d take just one picture from each month to represent all of the things that were special about this year. I love pictures and whenever I decide to do a photo-blog I think it’s going to be so easy because I won’t have to write lots of words. Ha! Do you have any idea how hard it is for me to pick JUST ONE PICTURE for each month?

January started with a trip to Northern Minnesota to visit John’s dad. Along the way we ran into this; the most amazing scene of hoarfrost and evergreens I’ve ever seen. It was like a kiss from God. Even after all these months I don’t think I can put into words how much this moment blessed me. 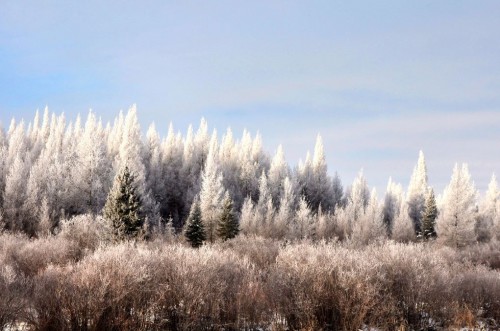 Speaking of blessings, this little cutie joined our family on February 2. We sure do love her! Jane is ready to take the world by storm. It is crazy how fast she’s growing up. The great thing about being a grandparent is being able to enjoy every stage without actually having to get up in the middle of the night too often. 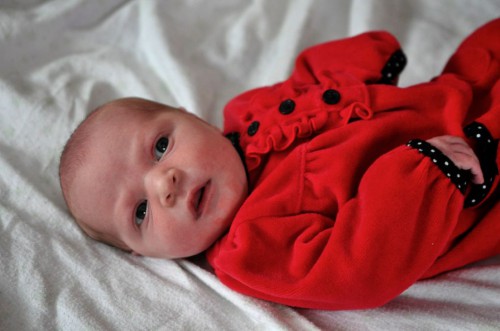 God has shown me this year what a blessing it is to have so many friends who love, support, and pray for me. I picked this picture of me with my friend, Krista, to represent that fact. Why her, you ask? Well, there are a number of reasons: 1) She came the furthest to see me – all the way from Swaziland, Africa. 2) I actually got to go see her IN Swaziland in February but Jane still won the “best event” in February picture, and 3) Most of the pictures I took in March were of the snow – lots and lots of snow, so I was excited to find one that could represent how incredibly fortunate I am to have so many friends.

It wasn’t until recently that I realized how much I enjoy “looking” for photo opportunities. Not, mind you, the kind that I can be in, but the kind that just shout about God’s amazing creativity; like these beautiful, blue scilla flowers. When I started my 365 picture-a-day project three years ago I had no idea how it would open my eyes to the beauty that surrounds me every single day. And the crazy thing about these flowers? I only saw them once. I “just happened” to go to the food co-op 15 miles away on the day they were in full bloom. Two days later they were completely covered when nearly a foot of snow fell in a freak snowstorm on May 2. I don’t think I could have planned my perfect arrival date if I’d tried. 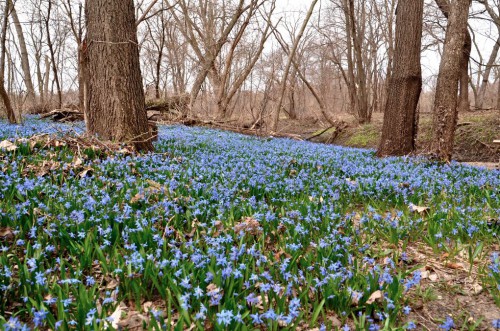 In May my dad celebrated his 85th birthday. I am incredibly blessed that both of my parents are still alive and doing well. I rarely have the chance to see both my brothers, my sister-in-laws, and my parents all together at the same time. It was a short visit but we sure had fun.

At the beginning of 2013 I made a list of goals for the year. One of those goals was to have at least two “Nana and Amelia” days (and two Nana and Charlie) days. I know it sounds crazy to set a goal to make these kinds of times happen but you know what, sometimes you need to be deliberate in making sure that the things (and people) that matter most don’t get crowded out by the busyness of every day living.

My “Amelia” days happened in June while her parents were busy moving. We had so much fun together, planting plants, “feeding Petey the Peacock,” blowing bubbles, reading stories, going out for ice cream treats, and going to the zoo.

As you can see, my special days with Charlie happened in July. Charlie had fun blowing bubbles, “painting” the sidewalk with water, going to the zoo, and playing in the pool. But, I would have to say that Charlie’s favorite experience was when we took him for a ride on the Como-Harriet Street Car and then to a concert at the Lake Harriet Band Shell. He smiled from ear to ear, clapped his hands and waved at passersby. What fun to see the world through a child’s eyes.

You may have noticed a theme in this blog – we are pretty smitten with our grandchildren! 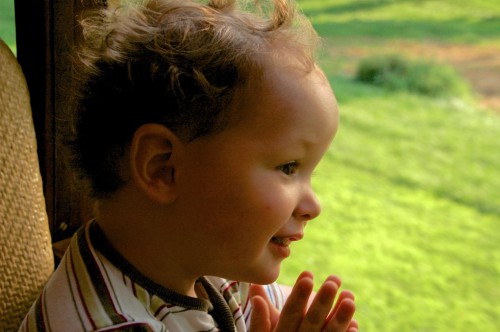 Just as fun as it was to view the world through the eyes of my grandchildren, it was equally fun to see the delight in my husband’s eyes as we traveled to Norway in late July and August. It was a “dream-come-true” trip for John and I have to say that my favorite part was watching him ring the bell that was made by his great-great-grandfather (after being told it probably wasn’t advisable.) I don’t think I’ve ever seen him be so rebellious and I’ve gotta say, it warmed my heart a little bit. 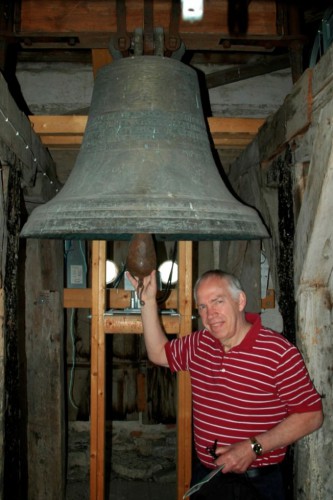 Lots happened in September but I would be remiss if I didn’t tell you how much I love working with these women on the Minnesota Bridging the Gap Website.  (And not every picture can be of my family!) We meet bi-monthly to encourage each other and work out website details. We say we’re working but really we’re having a blast! 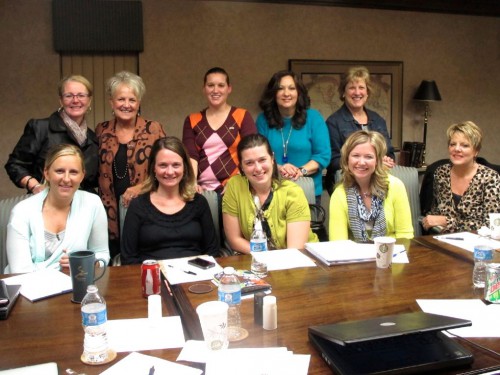 There are so many things I love about my October picture. First off, and this should be obvious, this is our family. We had our first professional, non-wedding photo taken in Mid-October and even though it was about 30 degrees that day, our photographer, Renee, was able to get some amazing pictures. But, for me, what makes this picture extra special is that it was taken just days before we learned of John’s Multiple Myeloma diagnosis. I want to be clear on this; we don’t expect him to die anytime soon, but those first few days were pretty hard for all of us and if we’d tried to take this picture the following weekend I don’t think we would have had nearly so much fun taking it. God’s faithfulness in timing just blesses my socks off! 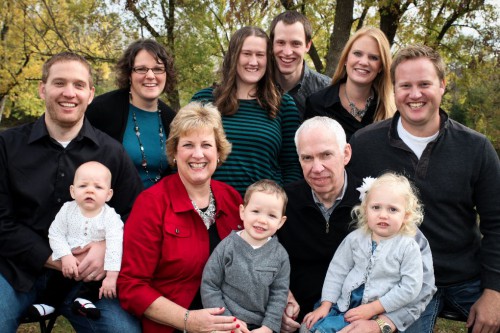 The same could be said for the timing of this picture. Well, not the picture as much as the event. Last spring I saw a Facebook post about an event at Patsy Clairmont’s house in Franklin, Tennessee. Patsy is a National Speaker with Women of Faith and has long been one of my favorites, probably because of her amazing sense of humor and fierce love for the Lord. As soon as I saw the post inviting a small number of women to visit “Patsy’s Porch” I knew I wanted to go so I talked to John. He agreed and plans were set. And then we got the news that he had the indicators of Multiple Myeloma and I wasn’t sure if I should leave or not. However, all the appointments were scheduled for either before or after that weekend and John was planning to go hunting anyway so I was able to enjoy the weekend. What’s really crazy is that opening weekend of deer hunting in Minnesota has ALWAYS, ever since we’ve been married, been the first weekend of November. This year, for reasons known only to God and the DNR, it was the second weekend, the same weekend I was to be in Tennessee. My weekend with Patsy and friends was an amazing time of refreshment and encouragement for me. It was a great gift from God, Patsy and John. 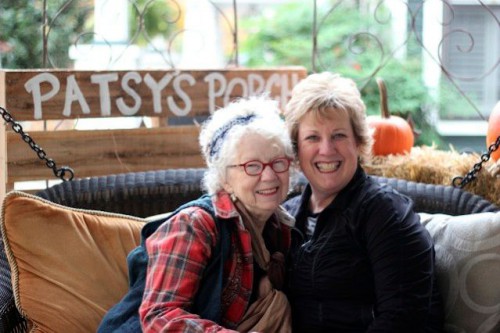 Okay, last picture. Phew! So much for not so many words! We were excited this year that we’d be able to have the whole family together for Christmas. Not actually ON Christmas, but the weekend before. There were dozens of pictures taken that weekend but this is probably my favorite. Watching my adult boys having so much fun “playing” in the snow warmed my momma heart. What a blessing to have three amazing boys who all get along. Nothing short of a miracle if you ask me! 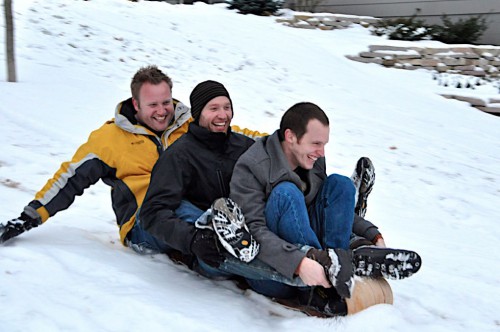 As I reviewed the year one common thread ran through all of the pictures I sorted through and those I’m sharing here; God is faithful. He has shown me over and over again how much He loves me. He works out the most minute details of my life and sends little surprises to bless me along the way. What an awesome God!

Psalm 89:2 Your unfailing love will last forever. Your faithfulness is as enduring as the heavens.